﻿
Close & Play
ADVERTISEMENT
Front Wing's game was the inspiration for this piece. When the summer vacation arrived, Jinno Naoto and Manabe Rika expressed their feelings for each other that they had had since infancy and began to spend time together in public. Suddenly, a young man named Asmodeus came. He claimed to be the devil, and he attempted to abduct Rika from her home. Naoto tried all he could to defend Rika from Asmodeus, but he was powerless in the face of the devil's might. At that very moment, a young lady named Luvriel, who described herself as an angel, appeared and rescued them. They captured Luvriel, who had been wounded in the struggle against the demon. There, Luvriel revealed some shocking information to them, including the fact that angels in Heaven and demons in Hell had been engaged in a long-running battle, and that the devil would assault them again. Because Luvriel had lost her ability to fight throughout the battle, she urged Rika to fight in her place. The demon, on the other hand, had lost his ability to fight throughout the battle. Then, by chance, Otonashi Meimi, a former classmate of Naoto's, happened to walk in and see Naoto profess his feelings for Rika, causing her to get envious. He stalked her, taking advantage of her feelings of jealousy. He transformed Meimi into the villainous Misty, and he forced her to assault Rika once again. On the other hand, Luvriel transformed Rika into Sei Tenshi Djibril and allowed her to battle against the evil ones. 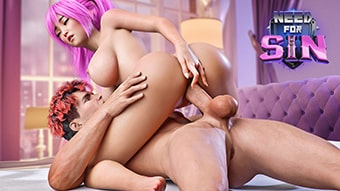 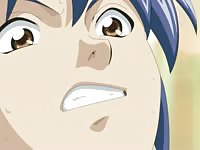 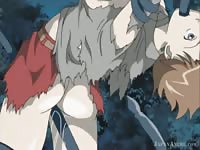 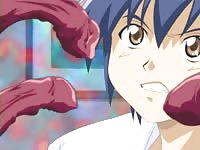